The moment the two Royal brothers walked behind the coffin of their grandmother – Queen Elizabeth II – recalled a similar painful memory exactly 25 years ago.

On September 14, two royal brothers – Princes William and Harry, carried out the procession of the Queen’s coffin from Buckingham Palace to Westminster Hall. In the solemn atmosphere of the ceremony, a painful memory but also a bond of brotherhood, the present and the past, came alive stronger than ever. 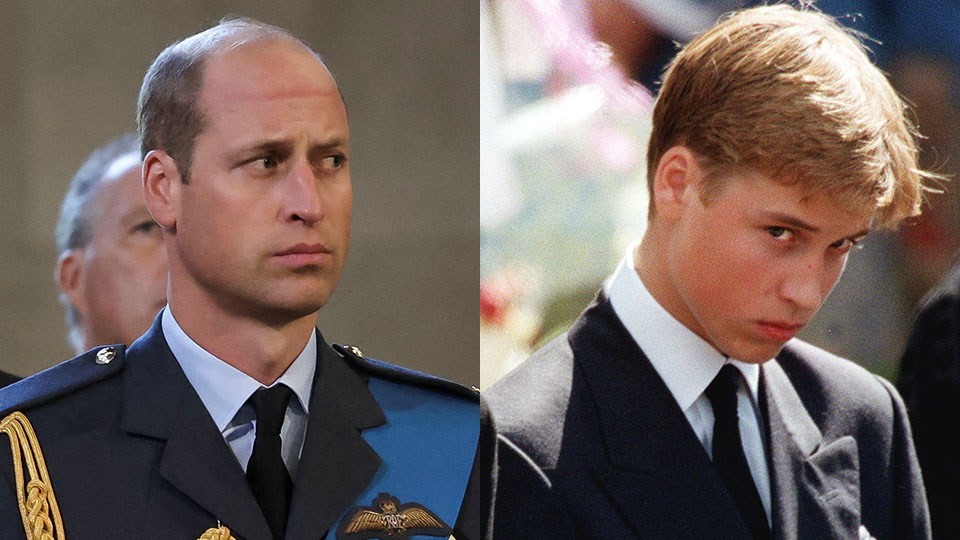 Also on an early autumn day in September exactly 25 years ago, the two brothers walked together in the procession of the coffin of their mother – Princess Diana. The ill-fated princess died after a tragic accident in Paris at the age of 36. William and Harry were still young boys, 15 and 13 years old, respectively.

At the funeral on September 6, 1997, walking with the two brothers, in addition to the former Prince Charles, there was also the presence of his grandfather, Prince Philip. In an interview with ITV following the Prince’s death last year, Princess Anne recalled a moment that changed the British Royal Family forever.

At first, perhaps because he felt sorry for his nephew, the Emperor opposed the idea of ​​letting the two brothers go behind the coffin of his mother. However, he later decided to convince the two and believed that if it was William and Harry’s choice, he would go with them. “As a grandfather, my father said to us: ‘If you want me to be there, if that’s what you want to do and if you want me to be there, I’ll be there’” – Princess Anne recalled the memory emotionally.

To help the children not be overwhelmed by emotions at that moment, the Prince slowly told them about each historical site in London that the procession passed. 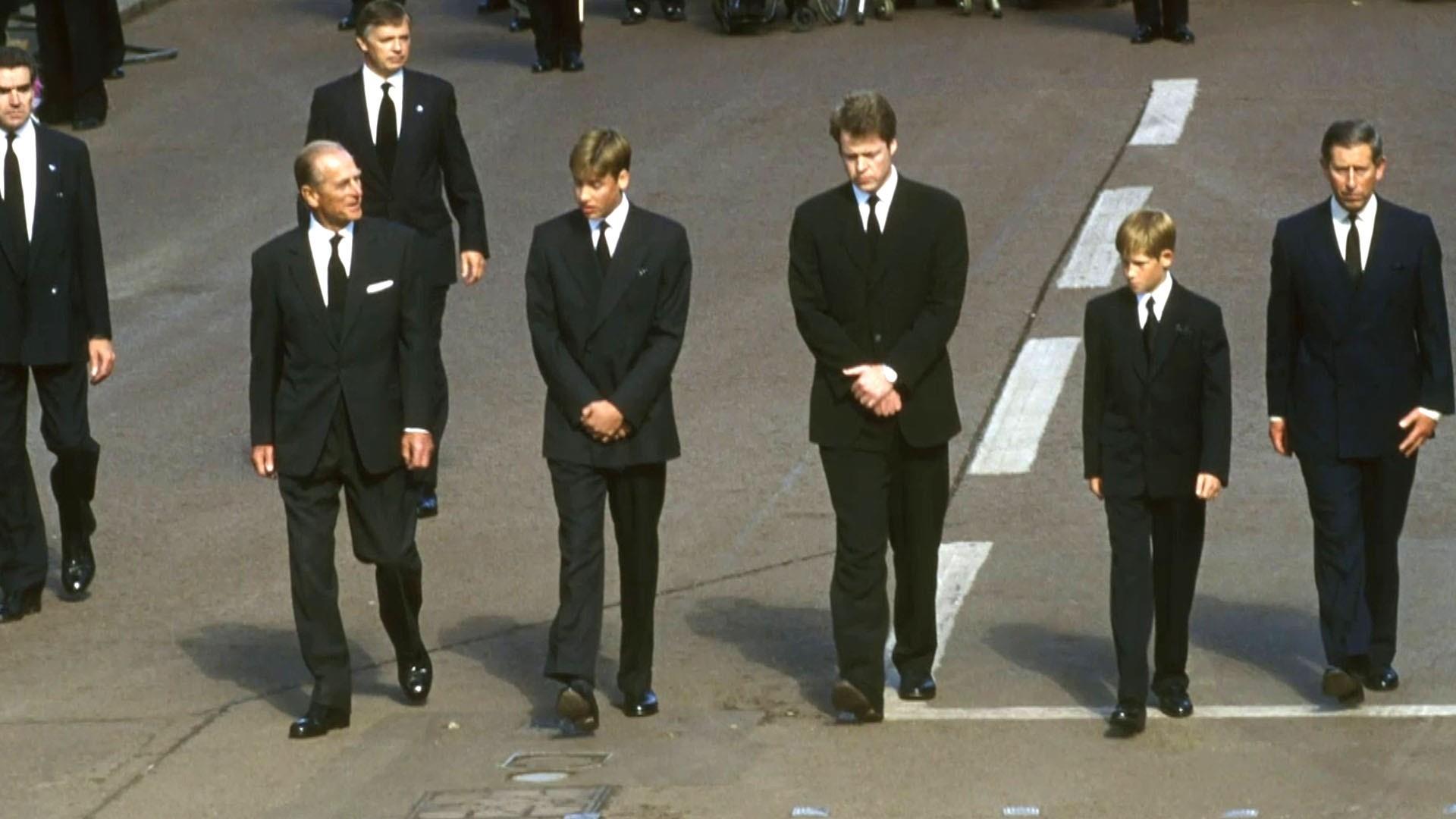 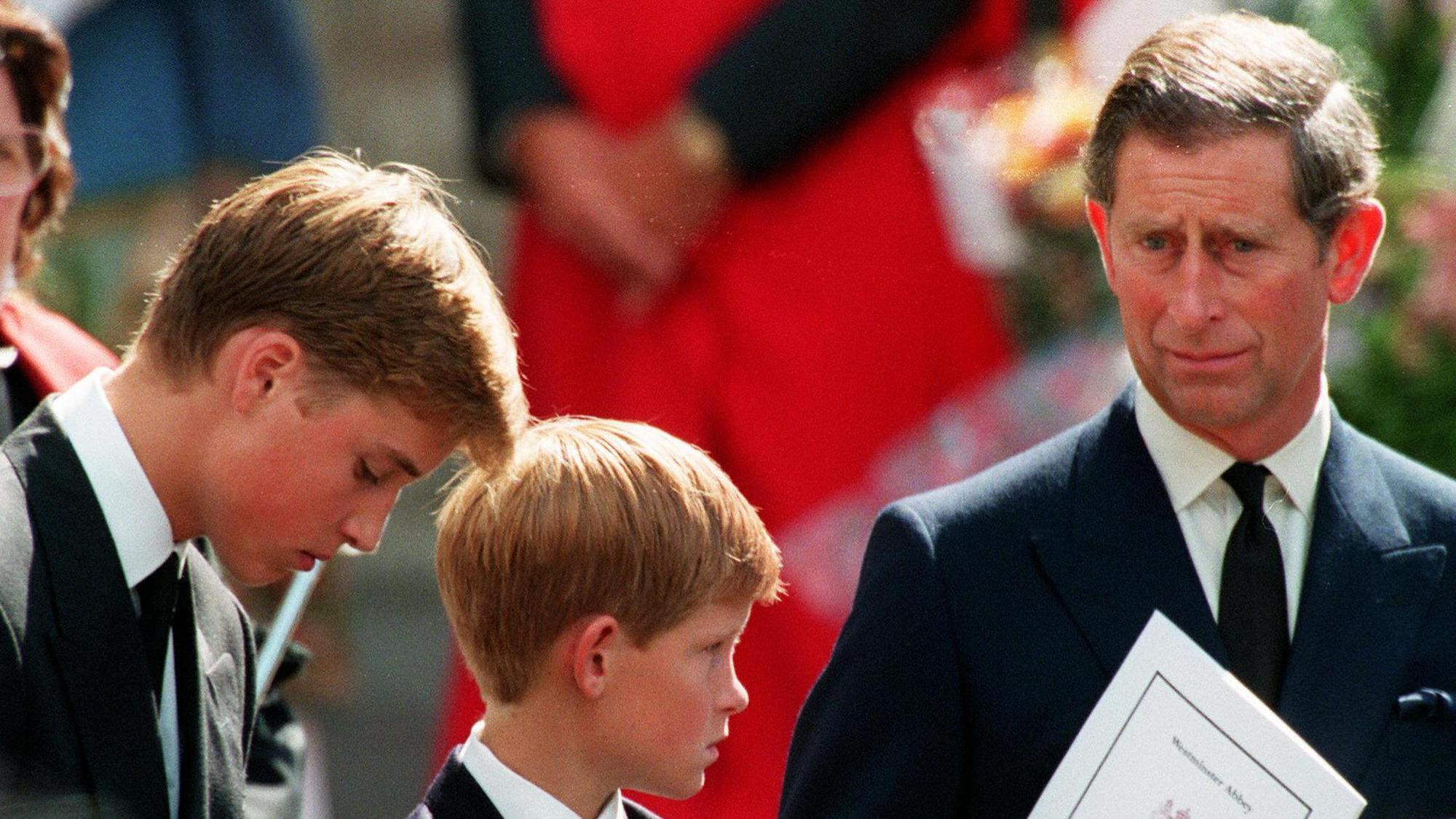 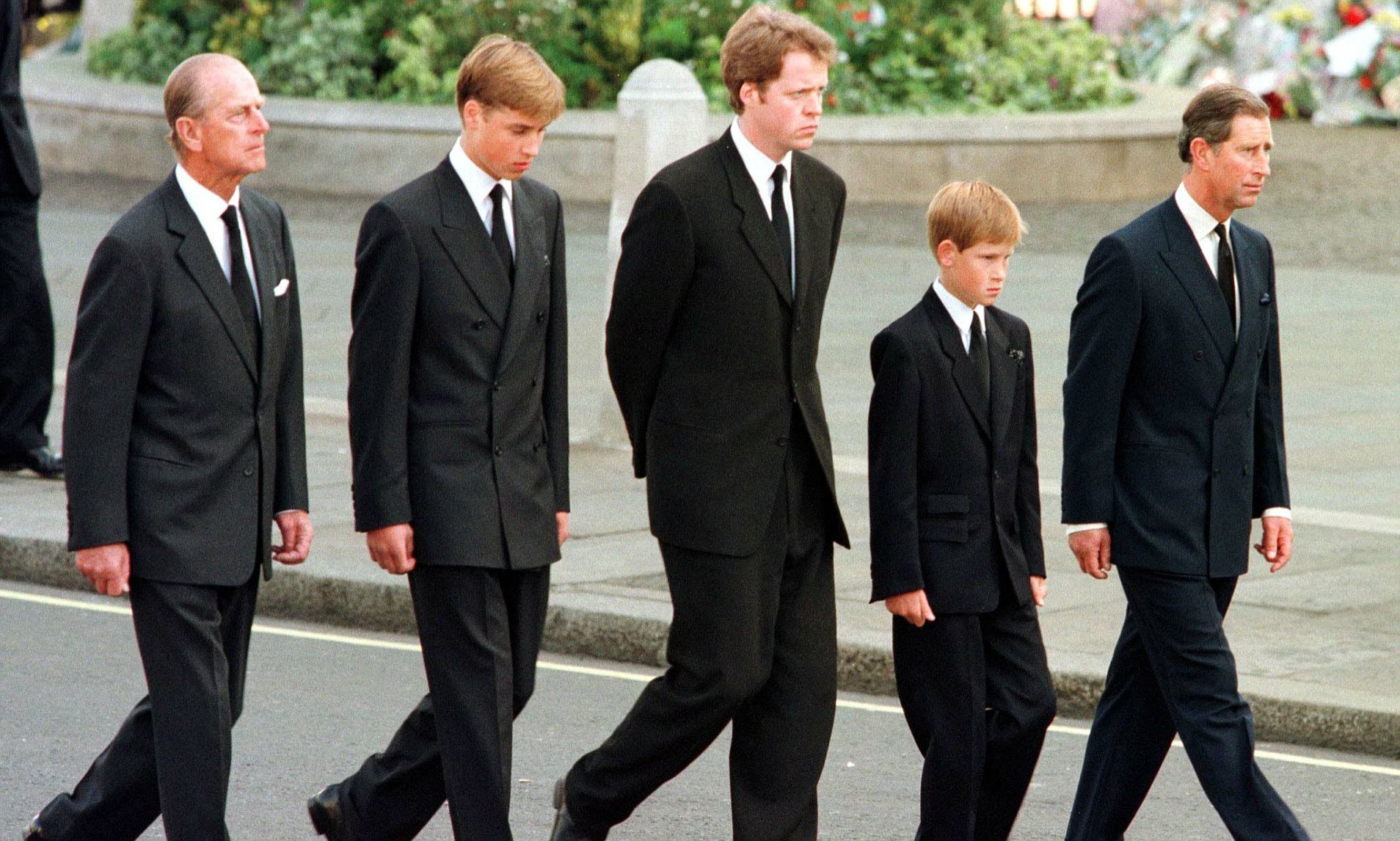 This fall, the respected grandfather was also no longer there with the two. William takes on a new role as the Prince of Wales, while Harry also has a small family of his own, only his memories and feelings remain unchanged.

For his part, Harry has repeatedly talked about the haunting feelings at that time, which still follow him until later.

The pain that her mother’s death left behind has left many scars on the Duke of Sussex. He shared in the series The Me You Can’t See that the photo of him walking with his grandfather, father, uncle and brother behind Diana’s coffin at her funeral is one of the most painful memories. “For me, the thing I remember the most is the sound of horseshoes on The Mall Avenue at that time“, he shared with Oprah Winfrey.

“My mother just passed away and I had to walk a long way behind her coffin, surrounded by thousands of people watching me while millions more watched on television.“, the founder of Invictus Games told Newsweek in June 2017.”I don’t think any child should be asked to do that, under any circumstances“.

After the news of the Princess’s passing reached the Royal Palace of Balmoral, it was also the Queen who decided to protect and be with the brothers, comforting them with all the family’s support in a great shock. both of their lives.

But perhaps, in the past 25 years – even when the two brothers were pictured with each other or when Harry left the Royal Family with many cracks in his relationship with his brother – the two never dared to think for a second about a reunion. unexpected events like September 8 and this farewell ceremony. On September 10, William also invited Harry and his wife to attend a condolence conversation with residents outside Windsor Castle. 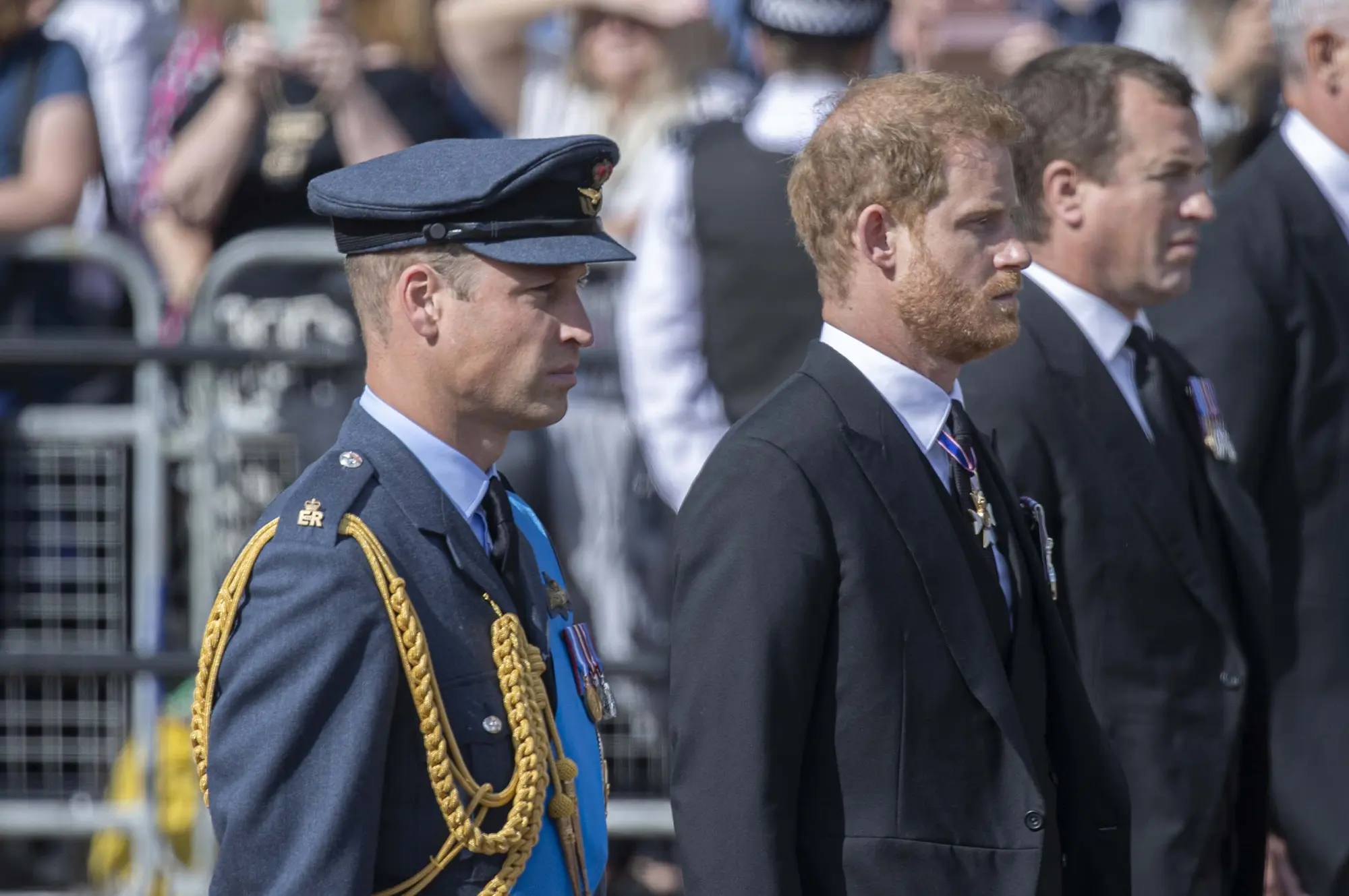 “After all their differences in the past, much of it still lingers, this will be what the Queen wants and William knows very well this is not the time to hold back or separate himself from his brother.‘ – a royal insider told Us magazine.

According to Pagesix, the new Prince of Wales shared with a sympathetic resident that the moment he walked after the coffin of his beloved grandmother also revived the painful memory of the day he saw off his mother. “It was very difficult” – he said outside Sandringham Castle on Thursday, September 15.Don’t cry, I’ll cry too“- he added.

The moment of carrying the coffins of the two most respected and greatest women in the life of the two Royal brothers is not the only thread linking the past and the present. Another sad thing is that neither of them had time to see their mother and grandmother one last time before they were separated forever.

Harry is perhaps the one who feels the pain of this most acutely. At the time of his mother’s death, he was only 12-13 years old and the aftershocks of that still rocked the entire later life of his younger son. He confessed that he used stimulants due to the effects of psychological trauma. 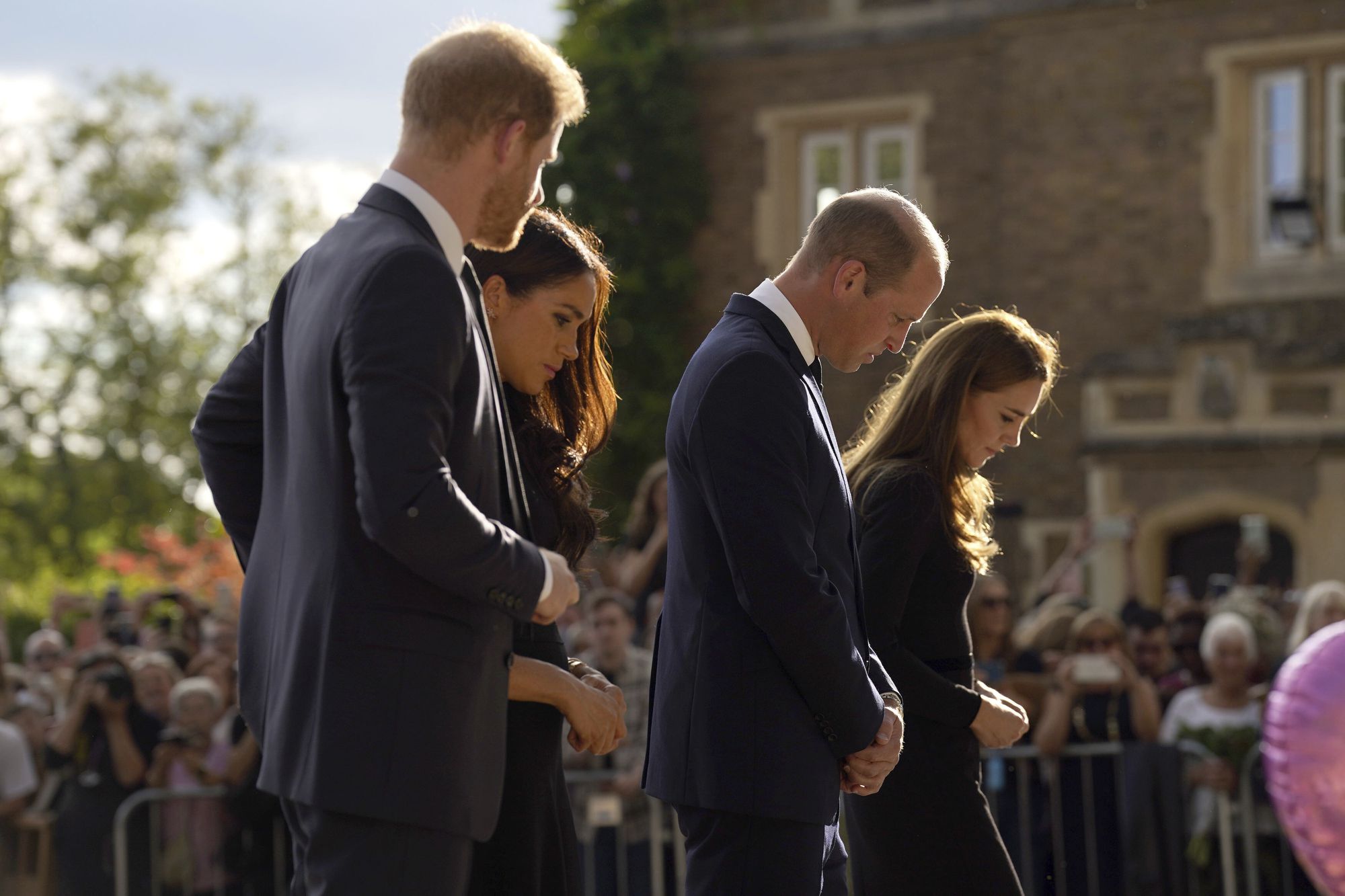 25 years on, Harry faces that nightmare again. It was also the streets of London every year, the crowd surrounded, the tears had to be suppressed, the sound of horses’ hooves … and all took place after a period of tension and difficulty between him and his family.

The question is, is this the moment for the two Royal brothers to bond again, protect and cherish each other despite their differences? Will the merciless thread of the past and present successfully connect pain with reunion and forgiveness?

The answer would probably wait for a handshake from Harry.