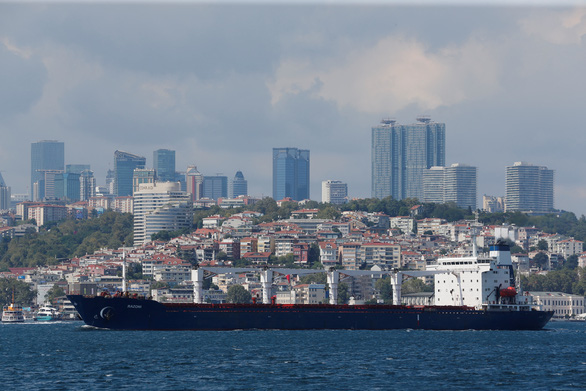 The Razoni ship once docked in a Turkish port after failing to reach Lebanon as expected – Photo: REUTERS

* Russian “mercenaries” appeared in the place where the French army had just withdrawn from Africa. According to a German military report released on August 16, the German military discovered dozens of people suspected of being Russia’s Wagner private security forces at Gao airport in northern Mali on August 15. This is the day the last French soldiers ended the campaign and left Mali after 10 years of fighting.

According to the German mission on peacekeeping mission in Mali, accompanied by these “several thirty Russians” was an L-39 multi-role combat trainer aircraft. Wagner is considered by the West to be a notorious Russian “mercenary” company.

“They are almost certainly members of the Russian security forces. It can be assumed that the L-39 must be operated by Russian forces because Mali forces do not have such capabilities,” a paragraph in the report assessed. price. Russia has not yet commented, but has sent a signal that it is ready to help Mali increase its military capabilities.

* The first grain-carrying ship leaving Ukraine docked in Syria – an ally of Russia. The Sierra Leone-flagged Razoni, which sailed from the Ukrainian port of Odessa on August 1, finally docked at the Syrian port of Tartus on August 16, according to a Reuters source. The ship was originally scheduled to arrive in Lebanon but then failed and disappeared in recent days because it turned off its position.

Satellite images from Planet Labs show the Razoni at the port of Tartus on the morning of August 16. A shipping industry source confirmed that the ship had docked in Syria and said it was unloading part of the 26,000 tonnes of corn being loaded into the port.

Syria is an ally of Russia, backs Moscow’s military campaign in Ukraine and is accused by Kiev of importing at least 150,000 tons of “stolen” grain from its warehouses.

* Russia accused Britain of provocation when it demanded that spy planes fly over Russian territory. British authorities have asked Russia to allow its RC-135 spy plane to fly over Russia, a move it calls “a deliberate provocation,” the Russian Defense Ministry said on August 16. .

The Russian side has denied such a request and said the Russian air force has been tasked with preventing any violations of its airspace. A British Ministry of Defense source denied that Britain had made such a request to Russia, according to Reuters.

The US tested an intercontinental ballistic missile with a range of 10,000 km. On August 16, the US military confirmed it had launched a Minuteman III intercontinental ballistic missile from Vandenberg Space Force Base in California. The event was scheduled to take place earlier this month but was postponed to avoid tension when House Speaker Nancy Pelosi arrived in Taiwan.

The US statement emphasized that the event showed the combat readiness of the US nuclear force as well as its nuclear deterrence. Missile warhead Minuteman III flew nearly 6,800 km after reentry (the process by which a rocket gains altitude, leaves Earth’s atmosphere, and then re-enters the atmosphere).

* The FBI questioned two former White House lawyers in connection with Trump’s case of classified documents about his home. Mr. Pat A. Cipollone and Patrick F. Philbin, the White House attorney and his deputy under President Donald Trump, were questioned by the FBI earlier this year, with at least three sources familiar with the matter. New York Times Revealed on August 17th.

These are the two most senior and closest figures of the former president who were questioned by investigators in the case, according to New York Times. Both of them have yet to speak out.

* US President Biden passed the $430 billion Inflation Reduction Act. The signing ceremony was held at the White House at dawn on August 17 (Vietnam time) with the participation of most of the Democratic Party leaders in the US Congress.

The act is designed to reduce greenhouse gas emissions in the country as well as reduce prescription drug prices and raise taxes on wealthy corporations. The bill previously passed the House and Senate earlier this month as Democrats used a legislative process to overcome Republican opposition. 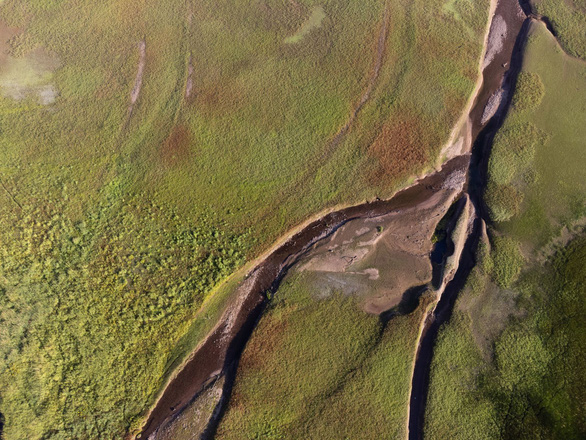 * The United Nations publishes the schedule of Secretary General Guterres in Ukraine. On August 16, a UN spokesman confirmed that UN Secretary-General Antonio Guterres will meet with Ukrainian President Volodymyr Zelensky and Turkish President Tayyip Erdogan in Ukraine on August 18.

Guterres’ meeting with the Ukrainian president will take place in the city of Lviv to discuss the fighting situation near the Zaporizhzhia nuclear power plant. On August 19, Guterres will visit the port of Odessa, where Ukraine exports grain under a United Nations-sponsored agreement with Turkey.

The accident left two people dead and five seriously injured. The wreckage is currently 37 meters below the surface of the water, and Utah divers are trying to retrieve two bodies. The names of those killed and injured have not yet been released.